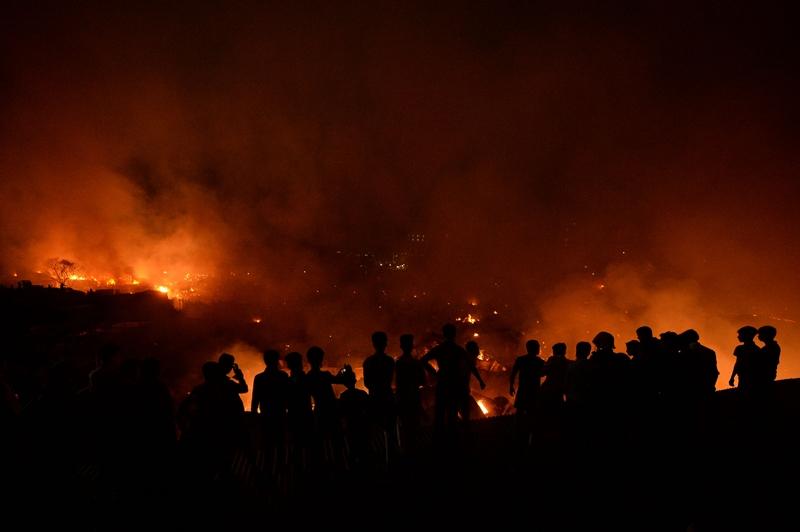 Dhaka: At least 10,000 people are homeless after a massive fire swept through a crowded slum in the Bangladesh capital and destroyed thousands of shanties, officials said Sunday.

"I could not salvage a single thing. I don't know what will I do," 58-year-old Abdul Hamid, who ran a tea stall inside the slum, told AFP as he broke down in tears. Authorities eventually got the blaze under control and no-one was killed, although several people had minor injuries, firefighters said.