What if our iconic and information rich libraries were burned down or the world’s greatest historians were burned as someone tried to erase a part of the dark times of mankind? Well, the erasing of history — burning details of the slavery and the Holocaust are just the tip of the iceberg.
12:49 PM Jun 01, 2019 | Rohan Ambike 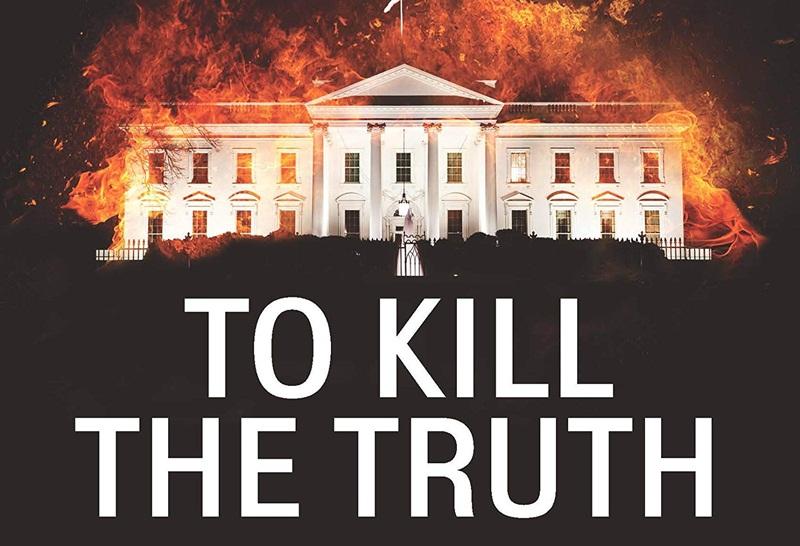 What if our iconic and information rich libraries were burned down or the world’s greatest historians were burned as someone tried to erase a part of the dark times of mankind? Well, the erasing of history — burning details of the slavery and the Holocaust are just the tip of the iceberg. Sam Bourn, in his new thriller — To Kill the Truth speaks about a conspiracy to annihilate all the evidence of historic atrocities through the millennia. With his ability to present reality with a what if? We, as readers are persuaded to believe.

Maggie Costello, the smart and sassy investigating heroine is back in action. The stakes are staggeringly high. The most compelling basis of the book is the very persuasive nature of fake news. When you erase the evidence and any of the witnesses of the past, one can make the narrative by escaping any credible challenges. The framing device is a charismatic historian William Keane, who once taught at Stanford, and now in Charlottesville, Virginia has brought a court case to prove that slavery did not exist. The mantra of his supporters is, Don’t know, don’t care/Nothing’s happened, nothing’s there.

The novel, though a fiction, is a book about truth rooted in it. This is what the author says about it. As we read, we get to know about the fictional ‘Alexandria Group’, a dozen of the greatest libraries in the world, named after the great Egyptian library which, according to mythological references, was burnt down several millennia ago. As the book goes, around 11 of the libraries are brought down by fires caused using a computer attack, which disables even the most sophisticated security, taking over the electrical and electronic systems of the buildings.

The destruction of the libraries, so to speak is by themselves. The hackers hack the very sophisticated technological protection that is protecting the libraries. The destruction is minuted second by second, and underlying it is a not-so-subtle plea that our trusting reliance on the wonders of technology imperils far more than we understand.

Apart from the destruction, there are murders of historians and the witnesses and survivors of the Holocaust and recent genocides, from the Balkans to Rwanda. Mysteriously, even the world renowned web search engine — Google is also hacked.
Bourne has a great understanding of the methods of Washington DC and how the government works gives the book a gloss of authenticity. His ability to skillfully and subtly exaggerate the current times making things in today’s world look more real is typical Bourne.

To Kill the Truth is indeed a page turning thriller taking us through some characters across the geographical changes and descriptions along with the cultural shifts between people of varying backgrounds. The book compels us to think about how the ignorance of history imperils both present and future.