Latest News! All middle-level schools to re-open across Kashmir valley from Wednesday. 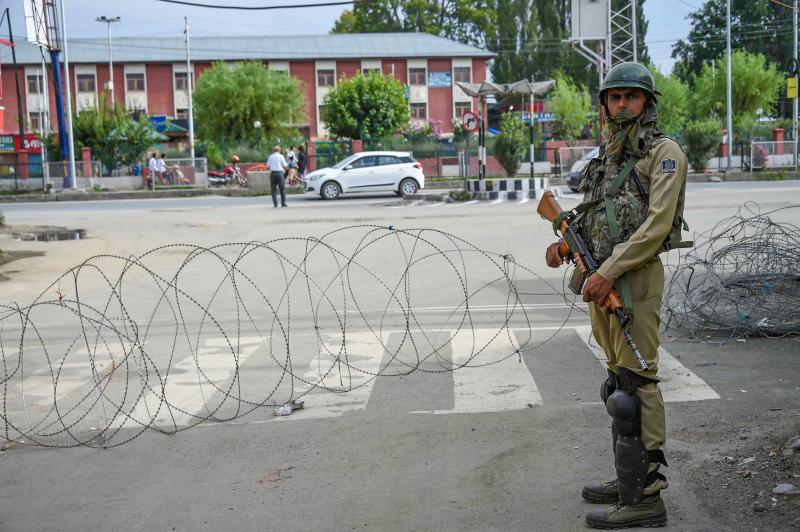 Government of #JammuAndKashmir: After the re-opening of primary schools, the government has decided to re-open all middle-level schools across Kashmir valley from Wednesday.

Syed Sehrish Asgar, Director of Information & Public Relations Jammu & Kashmir: There has been no major law & order situation reported from across the valley, life is returning to normal, the public, in general, has been cooperative.

Maharashtra CM: Houses damaged due to flood will be re-built under the Pradhanmantri Awas Yojna. We will provide financial help of Rs 24000 for rented accommodation in rural areas and Rs 36000 in urban areas.

Prime Minister Narendra Modi will be on bilateral visits to France, UAE, and Bahrain, he will also attend the G7 summit in Biarritz, France from 22nd to 26th August. He will be meeting the Crown Prince of Abu Dhabi, Sheikh Mohammed bin Zayed Al Nahyan to discuss bilateral, regional and international matters of mutual interest.

PM Modi would receive the Order of Zayed, the highest civil decoration of the UAE which was conferred earlier in April 2019 in recognition of leadership of Prime Minister Modi for giving a big boost to bilateral relations between the two countries.

On 22 August at Jantar Mantar in Delhi against #Article370Revoked.

Over the river has been stopped. The water level has reached 205 meters (the warning level is at 204.50 meters).

Jammu & Kashmir: Two persons have been rescued after they got stuck near a bridge

JAMMU after a sudden increase in the water level of Tawi river. Rescue operation still underway.

Congress govt had given Rs. 87,000 crore for the development of the entire northeast India. Modi govt increased it to Rs. 3,13,375 crore. This shows the priority given to northeast by PM Modi.

The petitions pending in different High Courts across the country, demanding to interlink Aadhaar database with social media profiles for authentication of identity

22 people have died due to heavy rainfall & flood in just past 2 days. Death toll in entire monsoon season is 43. Losses of 574 crore estimated till now, detailed reports will come later. Situation is improving

I received a notice & I have come to meet Enforcement Directorate (ED) officers today. No questionnaire was sent to me by ED. I'll cooperate with them. It must be about Kohinoor (Kohinoor building case).

Gorakhpur: Panchayat in its judgement in a case said a woman, married to one Naurangi Pal

Stay with another man with whom she had eloped,on condition that Pal is given 71 sheep as compensation.Pal was later arrested on complaint of the other man's father for stealing his sheep

Three-day state mourning declared in Bihar. The former CM will be cremated with state honours

We use dark green bed-sheets on Monday, dark blue on Tuesday, pink on Wednesday, maroon on Thursday, saffron on Friday, light-green on Saturday & light-blue on Sunday. We don't repeat bed-sheets for infants for even a day

Colour-coded according to the days of the week to ensure that they have been washed and sterilised by autoclave. There are separate mops and buckets for each cubicle.

I am going to get the final list from Amit bhai (BJP President Amit Shah). So, cabinet expansion will be done tomorrow.

Victim and her lawyer are yet to be recorded. The court was told that the victim’s lawyer continues to be in critical condition

Kullu: Traffic movement stopped at Bhuntar-Manikaran road near Sarsadi after the road caved in following a landslide. #HimachalPradesh

Himachal Pradesh: A portion of a footbridge over Sutlej river in Chaba area of Shimla collapsed yesterday

After the water level in the river increased due to heavy rainfall in the region. The bridge provided connectivity to Shakra, Baaladi, Bindla, & Jedvi villages

After more than 8 lakh cusecs of water released from Hathni Kund barrage. Delhi Govt has issued orders for evacuation, Civil Defence volunteers have been deployed.