BJP-Shiv Sena government did not work for farmers: Amar Habib 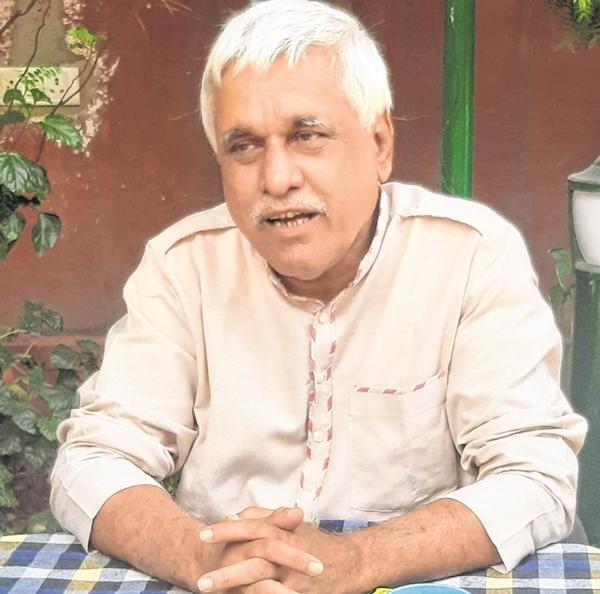 Though all governments are responsible for farmers' suicide, the BJP-Shiv Sena's track record on farmers' welfare is the worst, says Amar Habib, convenor of the Kisanputra Andolan.

Habib, who had in the past worked with Jayaprakash Narayan and Sharad Joshi, is now leading Kisanputra, a body that represents farmers’ children in the state. He also spoke about anti-farmer laws with the Free Press Journal's Political Editor, Pramod Chunchuwar

What is the main cause of farmer suicides? Why are more suicides happening during the BJP-Sena rule than the Congress-NCP era?

BJP and Sena are working on the lines of Congress and NCP with regard to farmers welfare. But the BJP-Sena government is the worst than Congress-NCP on this front.

The ruling alliance is confident that they can win elections on emotions. When the issue of Pulwama and Ram Mandir can help them to win an election, why will they care for farmers? Therefore, we find more suicides than the Congress-NCP regime.

Do you think loan waivers have helped to stop the suicides?

Loan waivers have failed because of faulty implementation. The government could have fixed only two criteria for its eligibility -- the beneficiary should not be a government servant and an income tax payer.

But the Fadnavis government kept on adding conditions for eligibility, which finally resulted in denying this loan waiver to the really eligibile farmers who are debt ridden.

The loan waiver was not announced for the welfare of farmers but for getting their votes. Since the aim of loan waiver was to get votes only, it never helped farmers. But I feel loan waivers are not a permanent solution to stop farmers' suicide.

What are your suggestions to stop farmer suicides?

If we really want to stop farmers suicide, we will first have to dump anti-farmer laws. In 1986, Sahebrao Karape, a farmer from Chilgavhan village in Yavatmal district committed suicide with his whole family and this shook the entire nation.

These acts should have been repealed when liberalisation was adopted. But they were not repealed. When these acts exist, who can say that liberalisation, openness or globalisation has permeated the agricultural sector.

These laws are contradictory and biased on the principles of the Constitution of India and reject the freedom of business for farmers and have become outdated and they are not justified in the present scenario.

How are these against the farmers and agriculture in a larger sense?

The Agriculture Land [ceiling and holding] Act was struck down by the various courts. But then the Nehru government included it in the 9th Schedule of the Constitution and now this cannot be challenged in any court.

The fundamental rights are the soul of our Constitution and now these laws have been proved to be contradictory to them. The per capita holding of agricultural land in the world is increasing but only in India it is decreasing. If this trend is not stopped, Indian agriculture would not survive in the global competition.

In view of the current developments in agricultural science, it has become necessary to attract the experts who can face the contemporary challenges.

Unfortunately, the above laws create hurdles and discourage their excitement and initiatives. The climate and weather conditions in India is the most favourable for agricultural activities.

Employment relating to agriculture can give the economic stability and sustainable jobs too. A conclusive atmosphere for the agro-based employments cannot be created unless the above laws are not abolished.

The lack of capital investment is the main problem for agriculture. Due to the above mentioned three laws, the business of agriculture always remains in a loss.

Consequently, farmers cannot make their saving and hence they never make an investment. As it is always a loss-making business, there is no attraction for any external investment.

The average land holding is so small as two acres due to the Agricultural Land [ceiling on holding] Act. The Essential Commodities Act is a tool for interference for the government in the market, while the Land Acquisition Act is always threatening farmers. These situations conclusively discourages investments in the agriculture sector.

Thus, the path for agricultural development can be opened only after the abolition of the above acts. We have already seen the limitations of the industrial development at the cost of agriculture.

Hence, it has become critical to develop the agriculture sector in totality now and the natural development of agriculture as a business.