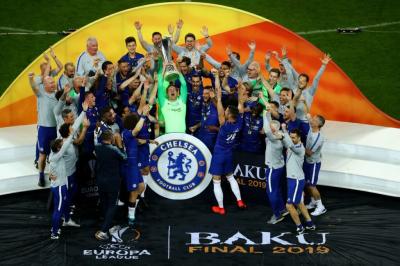 Baku: Chelsea came alive in the second half to defeat Arsenal 4-1 in the all-London final of the Europa League, with Eden Hazard delivering a vintage performance in his final game in a Blues uniform. The Belgian superstar, who is reportedly set to join Real Madrid, had a mostly uneventful first half at Baku Olympic Stadium here on Wednesday night, but he scored twice and assisted on another goal as Chelsea pulled away from their crosstown rival over the final 45 minutes, reports Efe news.

The Gunners came out strong in the first half and nearly won a penalty in the 18th minute when forward Alexandre Lacazette appeared to be taken down by Chelsea goalkeeper Kepa Arrizabalaga in the area. But after the play was reviewed by the video assistant referee (VAR) system, no spot-kick was awarded.

While Arsenal mainly looked to generate offense on the counter-attack with their speedy duo of Lacazette and Pierre-Emerick Aubemayang, their best scoring opportunity of the first half came on a blast from outside the area by Swiss midfielder Granit Xhaka that grazed the woodwork just before the half-hour mark.

Veteran Arsenal goalie Petr Cech, meanwhile, did well to keep Chelsea off the scoreboard in the early going, getting in the way of a powerful blast by Emerson in the 32nd minute and then stretching out to make a remarkable save of a shot by Olivier Giroud seven minutes later.

The scoreless deadlock, however, was finally broken five minutes after the intermission when Giroud dove in front of defender Laurent Koscielny to meet a cross from Emerson and head it into the back of the net past Cech. Chelsea then doubled their lead at the one-hour mark when Hazard gained possession of the ball at midfield, executed a give-and-go and then sent in a cross that Pedro put home with a left-footed shot.

That advantage was stretched to 3-0 after a play in which Giroud was brought down by Ainsley Maitland-Niles, the only English starter in an all-Premier League final of the Europa League, Europe’s second-biggest annual club competition. Hazard proceeded to convert from the 12-yard mark in minute 65 to deepen Arsenal’s misery.

Alex Iwobi gave the Gunners a brief glimmer of hope with a phenomenal strike from well outside the box that entered the net past a diving Kepa in the 69th minute to make the score 3-1. But any hope of a miraculous comeback was snuffed out just three minutes later by Hazard, who booted home a brilliant chip pass from Giroud inside the area.

Chelsea – winners of Europe’s premier club competition, the Champions League, in 2012 – have added a second Europa League title to go with the one they won in 2013. But the loss capped off a disappointing end of the season for Arsenal, who failed to capture a maiden Europa League title after falling just short of qualifying for the 2019-2020 Champions League with a fifth-place finish in the Premier League.

Arsenal head coach Unai Emery, for his part, finally came out on the losing end of a Europa League final after winning three as manager of Sevilla (2014-2016). 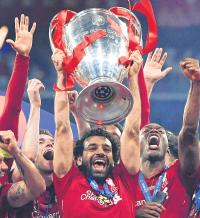