Deepika Singh says motherhood shouldn't make women leave their passion, and that she feels fortunate to have a husband who has taken a break from work so that she can do a full-fledged role in a TV show.
03:25 PM May 24, 2019 | IANS 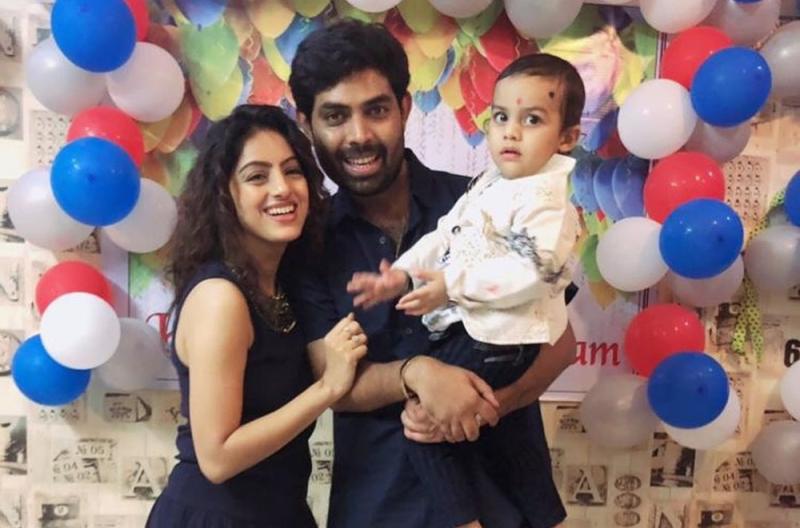 Mumbai: Actress Deepika Singh of “Diya Aur Baati Hum” fame is back in the telly world where actors generally shoot for long hours. She says motherhood shouldn’t make women leave their passion, and that she feels fortunate to have a husband who has taken a break from work so that she can do a full-fledged role in a TV show.

“I feel fortunate to have such a loving husband. I didn’t tell Rohit Goyal (a director) to stop working. We have a joint family, but the love that parents give to their kids, can’t be replaced. Rohit felt that I wouldn’t be able to give a lot of time to our son Soham. He decided to take a break so that Soham doesn’t feel neglected,” Deepika told IANS here.

Even though she stayed away from playing lead characters after delivering her first child two years ago, she never really lost touch with showbiz. She made appearances on a few TV shows and also did a web series this year.

“I am a person who loves acting. I don’t think you need to leave your work, hobbies for motherhood. I don’t want him (son) to feel guilty 10 or 15 years later… that if I can perform well on screen, then why did I give up my career for him,” she said.

“I wanted to have a baby. Now I want to work and perform on screen. That’s my passion. I don’t think you should leave your passion because of motherhood,” added the actress, who feels that she has become more responsible, patient, caring and happier now.

The “Halala” actress will be seen as one of the lead actors of “Kawach Mahashivratri”, which will premiere on Colors channel on May 25.

“It’s a supernatural show… something that I had never tried before. As an audience member, I enjoy this genre. I am an Odissi dancer and in this show, I am a Bharatnatyam dancer, an independent woman who works in a travel and tourism office. She is very caring and loving. There’s also a love triangle…everything is nice,” said Deepika.

While she was on a break, she was offered more shows.  “Some were drama shows and others mythology ones. They are doing well also,” she said. She has no regrets though. “I am happy doing what I am doing,” she said.

Bigg Boss 13: Himanshi Khurana reveals that Asim Riaz introduced her to his father right after the finale