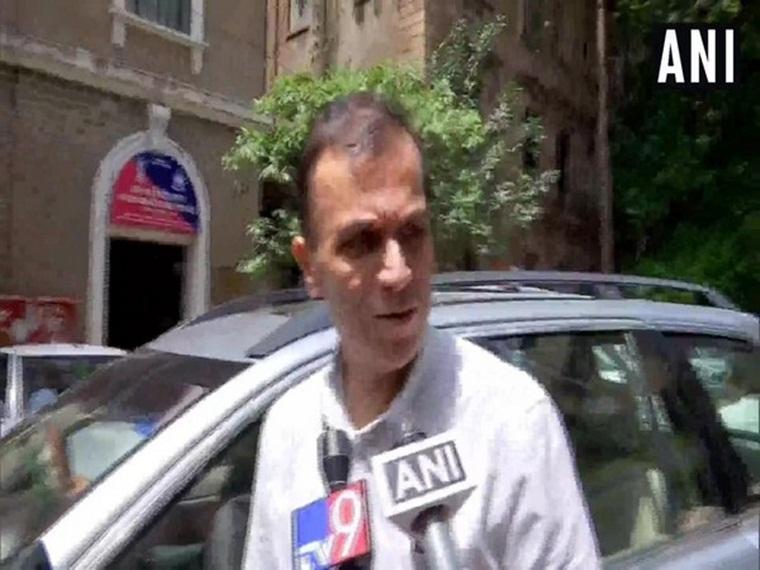 Mumbai: The questioning of Unmesh Joshi, a son of former chief minister and Shiv Sena leader Manohar Joshi, by the Enforcement Directorate (ED) in the money laundering case in the Infrastructure Leasing and Financial Services (IL&FS) alleged payment default case, lasted till late in the evening on Monday.

On August 16, the ED had sent summons to Joshi and the Maharashtra Navnirman Sena (MNS) chief, Raj Thackeray, to join the probe to clarify the alleged default in payment by the Kohinoor group, one of the borrowers of the debt-ridden IL&FS. While Joshi was summoned on Monday, Thackeray has been asked to join the probe on Thursday.

ED sources said Joshi is likely to be called for questioning, again. Joshi, who showed up before the ED’s zonal office in south Mumbai, a little before noon on Monday told reporters he would cooperate in the probe “though no prior questionnaire had been sent to him by the probe agency.”

Joshi, Thackeray and Rajan Shirodkar, the chairman of Matoshree Infrastructure Private Limited had formed a company Kohinoor CTNL to construct “Kohinoor Square” building on the now defunct Kohinoor Mills 3, at Dadar, for Rs421 crore, in which IL&FS made an investment of Rs225 crore.

However, by 2008, IL&FS registered a loss and surrendered its share for Rs90 crore, thereby suffering a loss of Rs135 crore. Thackeray, meanwhile, quit the company, after selling his shares in the same year, according to the ED probe.

Thereafter in 2011, the Kohinoor CTNL entered into an agreement to sell certain premises of the tower to IL&FS to settle the loan amount and again defaulted, the ED probe revealed.

The alleged deal came under spotlight after the ED took over a case registered by the Delhi Police Economic Offences Wing (EOW), alleging cheating and forgery by the IL&FS group and its managing committee between 2010 and 2018. The charge sheet in this case was filed last week.

ED sources said a top official from Kohinoor CTNL had earlier been quizzed by the agency, on August 16.

Meanwhile, calling the ED action as political vendetta, MNS spokesperson Sandeep Deshpande threatened their workers will take to streets, “If the government takes any action with prejudice against Raj Thackeray”.

“Raj Thackeray had created a sensation against this government, during the Lok Sabha poll campaign, earlier this year. It had a significant impact on people and to avoid a similar challenge ahead of the Maharashtra Assembly election, the ED has issued this notice,” said Deshpande.

He added, “The Kohinoor deal is very old and Thackeray exited it a long time ago. It is surprising the Centre has come up with the inquiry notice so late. The ED has become a tool to suppress our voice.”