From Lehman to Demonetization by Tamal Bandyopadhyay: Review 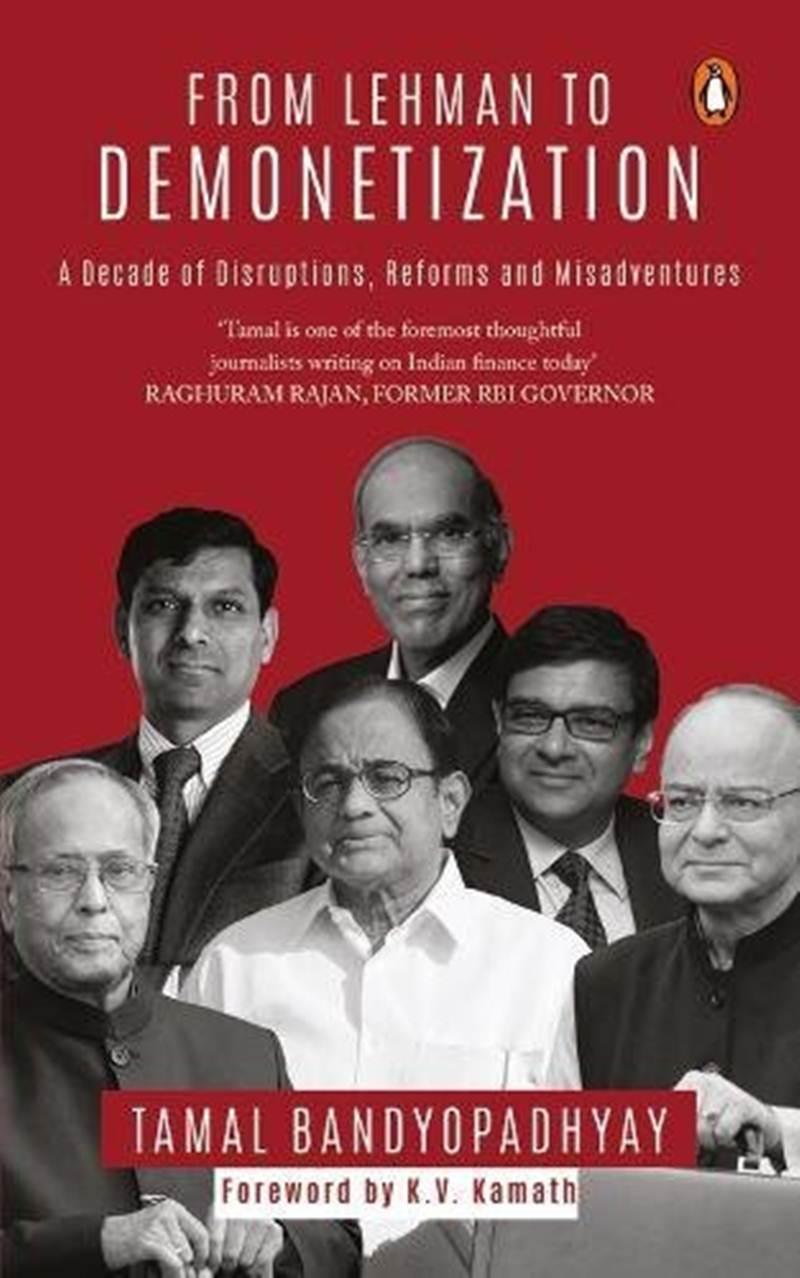 Name of the book: From Lehman to Demonetization: A Decade of Disruptions, Reforms and Misadventures

All those who think Manmohan Singh was an economist and Narendra Modi doesn’t know economics must read this book. The book is a collection of 60 columns (out of 600), of Tamal Bandyopadhyay that appeared from 2007 to 2017. There are two books in one book.

The book is in two parts, 1st part is “A Turbulent Decade”, which has 8 sections: The Lehman Collapse Days; Microfinance: To Hell and Back; Public Sector Banks; Fall from Grace; Banking Reforms or Lack of It; Bad, Bad, Bad Loans; Corruption: The Soft Underbelly of Indian Banking; The Conflict between the RBI and the Finance Ministry; and Demonitization: A Boon or a Bane? The beauty of these sections is that each section can be read in isolation. Columns are in chronological order in each section and give a complete picture of the particular section.

Every young finance professional starting his career must read the first column in first section titled “How a young finance professional’s world collapsed”. Except first section, all the sections have columns from UPA era as well as NDA era. Reader can clearly see how the concerns of columnist changes in its column. In the UPA era the column talks about issues while the column written in NDA era talk about expectations and solutions.

When one reads the column written by Tamal on August 10, 2009, titled “Financial inclusion and my driver, Raju”, makes one realise the importance of Pradhanmantri Jan Dhan Yojana. Reading the past columns today one realises the drawbacks of forming opinions based on columns alone, as admitted by the author in the postscript of the column “We should send flowers to Indian banks”. It is not the fault of columnists, because a columnist writes as events are unfolding, he doesn’t have the benefit of hindsight.

The co-relation established between the retirement of banks CMD and banks financial health is mindboggling. Equally mindboggling is the recruitment and bribing process as well as the tantrums of Bank CMD’s. The book also makes an argument about making remuneration of CMD’s of Public sector bank competitive along with the private sector bankers. The highlight of the book is the narration of conflicts between RBI Governors and Central Government. How RBI governors in past have withstood the government’s pressure and in turn humiliated by the government is an eye opener.  It documents that governor after governor of RBI had issues with Central government. It leaves one wondering why issues of Raghuram Rajan with the NDA government were blown out of proportion? The book also makes it clear that bank NPA are not post May 2014 phenomenon but are deep rooted from UPA era.

The smallest section of the book is on Demonetisation. It has only three columns, that too one is about a bank manager’s day during demonetisation. This section deserves two more columns, especially since it is part of the name of the book.

The second part comprising of 100 pages is titled “The Seminal Leaders”. It has profile of 15 people who according to author “exemplify the transformation of the Indian financial sector in the past decade”. List of 15 includes regulators, professionals-turned-entrepreneurs, investment bankers and a fund manager. There is an expat also in the list and he is Brooks Entwistle.

It is this section which could have been a separate book in itself. This section is absolute bonus to the reader. It covers the personal side of the leaders e.g. Deepak Parekh spent four hours every Saturday at Congress MP Murli Deora’s hours playing bridge and K V Kamath followed Atkins diet. It also covers the risk-taking ability of Chanda Kochhar and Aditya Puri. After the first article, this section is also a must read for young finance professionals.

The book is full of statistics and written in easy language, but absence of index is indeed surprising. In the foreword of the book M V Kamath has described Tamal’s writing as “witty, pithy, sharp and tongue-in-check – all at the same time”, I couldn’t have expressed better. Reader won’t find a dull moment while reading this book. Anyone who is interested in Indian economy and finance must read this book.