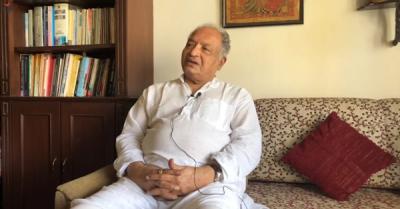 Justice (retd) PB Sawant was a Supreme Court judge from 1989 to 1995. He was one of the members of the Constitution bench which delivered landmark Bommai verdict in 1994.

Speaking with Pramod Chunchuwar, Political Editor of the Free Press Journal, Sawant has termed Maharashtra governor Koshyari as partisan and slammed him for acting as a BJP leader.

He should have appointed pro-tem speaker and process of election of speaker should have been completed by this time, Sawant has said. He has dubbed the SC Ayodhya verdict as a politically-correct, but legally-incorrect judgement.

What is your first reaction on Ayodhya verdict delivered by the Supreme Court?

I welcome this judgement, which will end the controversy for once and all. The judgement is political, aimed at ending the fight between the two communities and trying to evolve a truce among them for better future. It has some glaring discrepancies, if you see this judgement through a legal perspective.

The court have ordered giving a 5-acre plot of land to construct a mosque instead of 2.77 acres disputed site. The court has removed a potent weapon in the hands of communal forces, which was till now used by them.

The judgement will ensure safety and security for the Muslims.  Even if the court had ordered the construction of a mosque and Ram temple side by side, the Hindu devotees would have continuously kept doing Ghantanaad and aarti, and thus had disturbed the silence needed for the prayer in mosque.

This judgement will ensure peace and harmony among the Hindus and the Muslims, and will prevent any riots on this issue.

The court has ordered to build the Ram temple, but no such directions were given for the construction of a mosque?

They should put forth four demands. First, Muslims should get the 5-acre plot wherever they want; second, a mosques should be built as per the designs suggested by them; third, the construction should be done under their supervision; and fourth, all the expenditure to construct and develop the mosque should be borne by the government.

The court had already termed the demolition of the Babri Mosque as an illegal and criminal act. The cost for construction should be recovered from people responsible for the demolition of this mosque. Those who failed to protect the mosque should be punished, not only the punishment and but also a financial penalty should be imposed.

Those who were guilty of the demolition, should pay from their own pockets for the construction of the mosque. The criminal cases be filed against them and it should be decided as early as possible and the guilty should be punished.

What are the legal discrepancies in this judgement?

If we go strictly by legal parameters and merits of the case, the land ownership should have gone to Muslims. The judgement is not legally correct. It has many flaws. The Babri Masjid was built in 1528. Nobody objected to this mosque till 1856.

Someone wakes up after 300 years and makes a claim that the disputed site was the birthplace of the Lord Ram, it doen’t work this way, and Muslim community’s legal ownership of the land was snatched by force.

When the Ram Mandir movement was going on one of the slogan was “Ayodhya to jhanki he, Kashi-Mathura baki he" (Ayodhya is just a trailer, Kashi-Mathura will also be claimed)”. Don’t you think the SC judgement has paved the way for forceful demolition of the Islamic structures standing in Kashi and Mathura and claim the land by Hindus?

I do not think so. This judgement will not be treated as a legal precedent. In 1992, an act was passed by Parliament prohibiting the conversion of any religious places into another religious places.

The Babri Masjid-Ram Temple issue and Ayodhya was not listed in this act, as the case was sub-judice. Henceforth, no place where mosque is standing can be converted into the temple. Therefore, I feel no demands for Mathura, Kashi can be made.

There are allegations that Modi government has pocketed the Supreme Court. The recent judgements by this court has raised suspicion?

Yes, this feeling is being expressed by legal experts and common man. The current Modi government is trying to make all institutions as their subservient. Now, they are trying to pocket judiciary.

They are trying to appoint the judges, with similar ideology. The suspicion about the judiciary's credibility in the minds of the common man cannot be termed unreal.

Sharad Arvind Bobde, a Maharashtrian, will be the Chief Justice of India from Monday. What you expect from him especially to re-establish the credibility of the judiciary and repose the faith in people?

In the past, too, Justice PB Gajendragadkar and Justice YV Chandrachud were the CJIs. Hope Bobde and his fellow judges will follow the Constitution without fear and favour.

The selection and appointment of judges should be done by an independent body, which will include ex-judges and veteran lawyers with impeccable integrity.

In the US's Senate, the upper house of Parliament, has a judicial committee for the appointment of judges in their Supreme Court and appellate courts.

The candidates who are willing to be judges are inquired publicly and this inquiry is televised. Even a common man can oppose the selection of any candidate by furnishing evidences of his corruption or bias or misbehaviour.

I will not suggest to have such a public inquiry against the judges, but we can have a discreet inquiry. The National Judicial Commission was a good step in this direction, but the SC struck it down.

The collegium system favours few families or friends. The judges perpetuate themselves and most of the time higher judicial courts seem to be the courts of a particular caste, ideology.

Maharashtra governor Bhagat Singh Koshyari is termed as a partisan person. You gave the historic Bommai judgement. What are your observations about the governor?

The behaviour of governor Koshyari clearly shows that he is partisan and acting as a BJP leader and not as an impartial governor. He is directly helping the BJP form a government.

On what basis is the BJP making this claim? Just because their leaders are governor and president or on their numbers? He should have appointed a pro-tem speaker and should have summoned the Assembly to administer oaths to all the legislators.

The legislators should have elected the speaker and the deputy speaker. When this process is completed constitutionally, it is called the constitution of Assembly. The newly-elected legislators cannot take part in the proceedings of the Assembly.

Without calling a session of the assembly, the governor called leaders of the parties and inquire whether they can form a government without the constitution of Assembly, which is totally wrong.

He should have called leaders of these parties in the Assembly. He recommended the President's Rule. His behaviour is against the constitutional democracy.

In 2014, Fadnavis was  invited to form the govt with a strength of 123. This time the governor demanded letters of support of over 145 legislators. What should have been the process as per guidelines set by your Constitution bench in the Bommai case?

9 As per the judgement given by us in the Bommai case, the Raj Bhavan should not be the place to prove a majority. Therefore, it is not necessary to demand letters of support from legislators.

In the SR Bommai case, his government was dismissed by the then governor on the basis that he could not present sufficient number of legislators before the governor. We objected to this announcement that the Raj Bhavan should not be the place to prove a majority.

The majority of a government should be proved on the floor of the house. In 2014, the Fadnavis government won the trust motion by a voice vote, which was against the SC judgement.

In the Bommai case, the court had prohibited any voice vote on trust motion. But, NCP and later Sena supported the Fadnavis govt and nobody moved SC against this voice vote.

Can the governor summon Assembly without a government in place ?

9 Yes. The governor can summon the first session of Assembly even if there is no govt. It is the duty of the governor to appoint a pro-tem speaker to administer the oath to lawmakers.

Govt formation is done by parties and members in Assembly. Once the pro-tem speaker administers the oath to legislators, a speaker is elected. The speaker can then call a floor test. Once, a speaker is elected, the governor can call Assembly leaders of parties to form a govt. 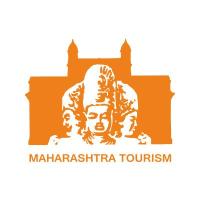 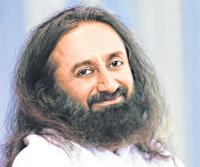 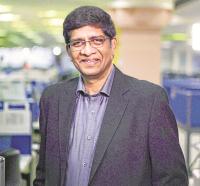