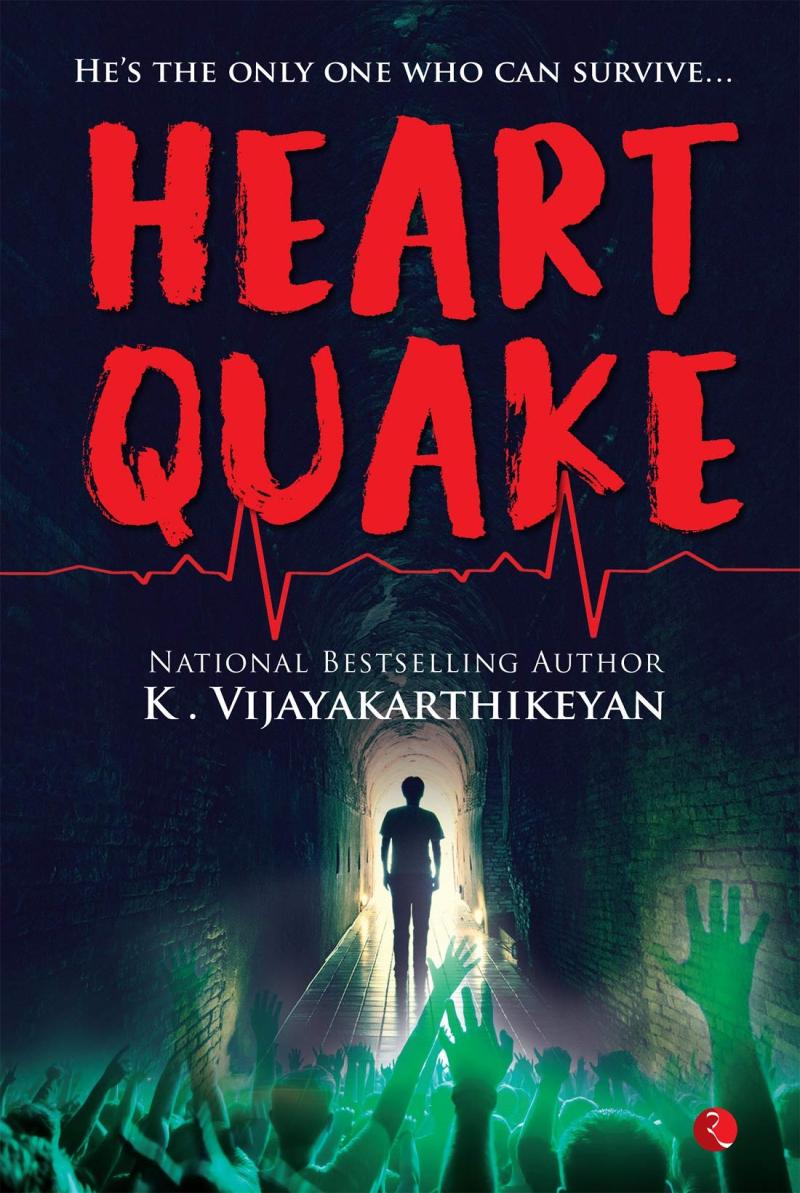 Sometimes you wish that the movie you are going to watch has everything in it, from action to drama to tragedy to romance and some twists and turns. When you actually get them rolled into one, you do not really understand what you have really enjoyed. K. Vijayakarthikeyan’s attempt with Heart Quake seemed to be like a producer’s attempt to provide everything at one go. As a reader, this one might just not go down well this time as it did with his previous works.

Book starts on a patchy note with an upright IAS officer, Vikram, trying to expose a corrupt and powerful minister, Rudra Pratap Rana (aka RPR) by asking him embarrassing questions during RPRs visit to IAS training academy. A video of which goes viral setting the pace for revenge in later stages of the book. Like a hero having his own bunch of friends, Vikram too has few but with the passage of time, all seem to be scattered in their own approach towards life.

A dash of romance is been infused by the author in form of Veda, a cardiologist, who during Vikram’s revenge transfer by RPR in his own backyard of Laxmipur, comes into his life. When all seems to go well, suddenly there is a strange outbreak with people been rushed into the hospital where Veda is associated. People been rushed to the hospital in large numbers, not with complain of fever or some other ailment, but of heart attack. Not one or two but hundreds of them with bleeding nose are brought to the hospital. Several succumb to this sudden outbreak making it national news.

One can imagine an interval here with next plot throwing up several investigative methodologies adopted by Vikram with love life by his side. Even in worst of the worst situations, Vikram and Veda do seem to sneak a time out for romance. Suddenly the author who seems to be engaging readers on one track goes onto multiple angles and one after the other new revelations are made in the story.

Some secrets are better not revealed until one finds them on their own. This one can certainly be missed for mind as well as heart too.