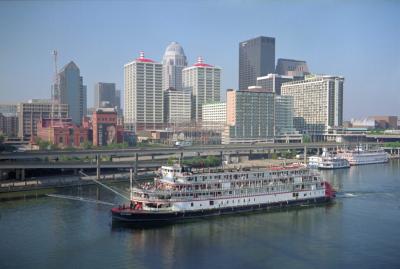 There’s just something about the city of Louisville that gives it a very regal cachet. And I’m not just alluding to the fact that it was named in honour of Louis XVI the last King of France. Sitting pretty on the banks of the Ohio River along Kentucky’s border with the neighbouring state of Indiana, Louisville seems stuck in a time warp with its colonial red brick buildings and wide tree-lined boulevards that once saw horse-drawn carriages traipse up and down.

But that’s not to say that the city doesn’t have a side that’s refreshingly modern and avant-garde, ably referenced by the tall glass and steel buildings that can be found downtown. From a dynamic food and live music scene to some of the best museums in the USA dedicated to culture and sport, a short layover in Louisville is enough to get a pulse of the city and to enjoy all it has to offer…and then some more!

Home of the champ
Paying rich homage to the legendary Muhammad Ali one of the city’s favourite sons, is the Muhammad Ali Center located in Louisville’s West Main District. Opened in 2005, this multi-level cultural centre-cum-museum features exhibitions in consonance with the Champ’s six core principles of confidence, conviction, dedication, giving, respect, and spirituality. For lovers of art, trek up to the third level that houses two art galleries, the LeRoy Neiman Gallery and the Howard L. Bingham Gallery, each featuring temporary exhibits. And once you’re done knowing all there is to know about the amazing life and career of the late pugilist, take the 170-foot-long pedestrian walkway that connects the Center’s plaza to the Belvedere, the Waterfront, and other downtown attractions.

Enter the palace
“Enter and view with astonishment the magnificence that the hand of man has wrought. The more you look, the more you will see,” said the Courier Journal newspaper when The Louisville Palace first opened its baroque doors. This was exactly 90 years ago on the 1st of September 1928 when it debuted as a cinema hall. And we couldn’t agree more. Snugly wedged between Broadway and Chestnut Street on the east side of Fourth Street in Downtown Louisville’s theatre district, this all-important historical landmark today plays host to a varied bunch of gigs that range from Broadway attractions and international performing arts presentations to concerts by gospel, R&B and country artists. All this, in a beautifully ornate main concert hall with a capacity to seat 2,800 people.

Take a bite of history
What the deep-dish pizza is to Chicago, the Hot Brown is to Louisville. Born out of sheer inventive genius—as most great things are—this open-face sandwich was created at West Broadway’s Brown Hotel (hence its name) by Chef Fred Schmidt in the 1920s as a late-night snack to soak up all that post bar hopping alcohol. Here, a single slice of bread is loaded up with sliced turkey and bacon and slathered with cheese sauce before being placed in an oven to crisp up. Though several versions of the sandwich are available all over Louisville, we would place all our money on this one at the Brown Hotel. Interestingly, it was at the Seelbach Hotel, a few blocks away where Al Capone would regularly meet with associates during the Prohibition era. And speaking of prohibition, another Louisville landmark, the Pendennis Club, is where the Old-Fashioned cocktail is believed to have been invented.

Belle of the ball!
Of great significance to the city of Louisville from the time of the indigenous Shawnee people and the early European settlers to this very day, the arterial Ohio River is the city’s most beloved icons. And occupying prime position sailing along its gentle waters is another icon. Decked up to the nines like a true-blue ‘Southern Belle’, the Belle of Louisville is a steamboat that was built in 1914 by the James Rees & Sons Company in Pittsburgh up north when she was known as the Idlewild. Today, you can step into a piece of living American history by going for a two-hour dinner cruise aboard this beauty who meanders her way along the river showing you all of Louisville’s sights by night, before homing back in to her berth at the downtown wharf next to the well-appointed Riverfront Plaza. 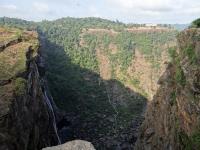 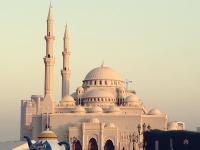 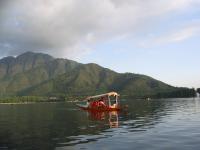 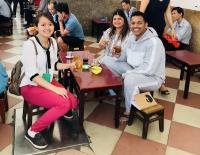