NTPC may not conclude THDCIL, NEEPCO acquisition deal this fiscal 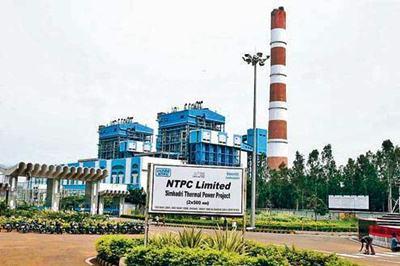 New Delhi: State-run power giant NTPC is unlikely to conclude its about Rs 10,000-crore acquisition deal to buy government's stake in THDC India and North Eastern Electric Power Corporation, according to a source.

The government was keen to complete the transaction in the ongoing fiscal so as to meet its overall disinvestment target of Rs 1.05 lakh crore for the 2019-20 fiscal.

NTPC will not be able to complete the transaction of acquiring government stake in THDC India Ltd (THDICL) and North Eastern Electric Power Corporation Ltd (NEEPCO) this fiscal, the source said adding that the process itself will take couple of months.

The source further said that NTPC is awaiting evaluation of the deal by SBI Capital. The Department of Disinvestment and Public Asset Management (DIPAM) has engaged RBSA Advisors for evaluating NEEPCO and Deloitte for THDCIL transactions.

Earlier in November last year, the Cabinet Committee on Economic Affairs (CCEA) had approved a proposal of the finance ministry for divestment of central government stake in THDCIL and NEEPCO.

The Government of India's shareholding of 74.23 per cent in THDCIL will be divested along with transfer of management control to NTPC.

Similarly, the government's shareholding of 100 per cent in NEEPCO will be divested along with transfer of management control to NTPC.

According to NEEPCO's website, the company operates seven hydro, one solar and three thermal power stations with a combined installed capacity of 1,457 MW.

NEEPCO also has one 600 MW hydro power project under development. It is scheduled for commissioning in 2019-20 fiscal.

Fiscal deficit at 4.56% of GDP in December: FinMin data