Odissi On High: A spectacular performance 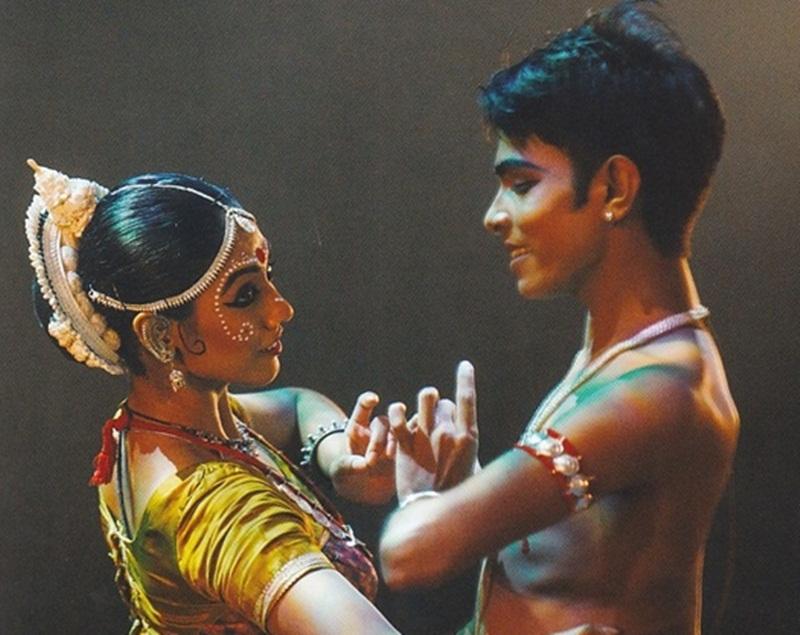 National Centre for the Performing Arts (NCPA) recently presented the Odissi performance Odissi On High by “Datuk” Ramli Ibrahim and his troupe from Malaysia, at the NCPA Experimental theatre. It was a spectacular Odissi performance by the dancers as they danced to an amazing uniformity with a fine blend of synchronised movements, revealing their command over the technique and creating a spell on the audience.

Kuala Lumpur based Ramli Ibrahim is a renowned exponent of Odissi and a choreographer of rare repute. Ramli started his career with the Western Australian Dance Company and later settled down in Malaysia and established his own dance troupe known as Sutra Foudation. Odissi On High is a collaboration with two dance troupes, Kuala Lumpur based Sutra Foundation led by Ramli Ibrahim and the Rudrakshya Foundation based in Bhubaneshwar, who are the disciples of Guru Bichitrananda Swain. The merging of two distinct Odissi classical styles, represents the styles of the pioneer mentors, Guru Kelucharan Mohapatra and Guru Deba Prasad Das, the approaches of these two venerable Gurus, have been developed and enhanced by their respective disciples, Guru Bichitrananda Swain and Guru Durga Charan Ranbir.

Ramli Ibrahim has contributed to the establishment of the Malaysian contemporary modern dance through creation of a strong body of original works that define modernity with an Asian perspective. Besides the most prestigious honour of “Datuk” by the Malaysian Government, Ramli is also a Padmashri and has also won the coveted Sangeeta Natak Akademi award. During the performance Ramli rendered a thought-provoking and interesting speech, he said that earlier Bharata Natyam dominated the cultural scenario of Malaysia but not any more, as Odissi has taken over. He also said that Malaysians are very close to Indian culture as they speak Indian languages that include Sanskrit and they practice Yoga as well. He was happy to perform in varied cities of India and received great appreciation wherever he performed.

The performance commenced with Kalabati Pallavi that introduces the audience to varied rhythmic and typical characteristic movements of torso deflections, blending well with “tribangis”. An original composition by Guru Deba Prasad Das, makes a fine start, along with a short song by the poet Banmali Das evoking the mood and love play of elusive pastoral God Krishna enacted by Hareen Lognathan, the youngest dancer of the group. The act when Ramli balances his body as he flies above, was an unusual act of showmanship and also symbolises the bonding of the human soul for the supreme. Although Hareen is dark complexioned, he represents the blue Krishna quite well.

While Mukhari Pallavi, a composition by Durga Charan Ranbir also takes you on the journey of the technique of Odissi, what gives you a high is the Tala Taranga performed by five male dancers and executed to the complex and complicated music of the “mardhal”, “mridang” and the “khanjani” (cymbals). The Shankarabharanam Pallavi of Guru Kelucharan Mohapatra projected the female dancers as well. It was gratifying that all the dancers performed well, showing their mastery of the technique and their devotion too.

The Chakravaka Pallavi adds a new twist to the pure dance sequences, the archetypal image of the temptation of a sadhu by celestial nymphs is alluded and given a different interpretation. Hareen as the sadhu was perfect. The performance concluded with the Ananda Bhairavi Pallavi which was received with a standing ovation. To watch a dozen dancers, both males and females, dancing to perfect harmony with stylised movements creates a rare visual impact. Kudos to the entire team.