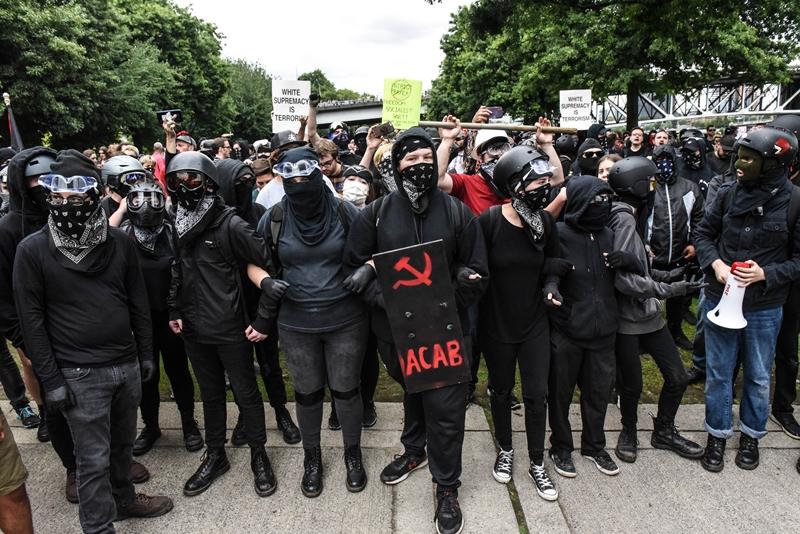 Police seized metal poles, bear spray and other weapons and closed bridges and streets to try to keep the rival groups apart. They were largely successful. Six minor injuries were reported.

"This was a dynamic event with demonstrators frequently moving from one part of the city to another," Mayor Ted Wheeler said at an evening news conference on Saturday.

Leaders of the right-wing groups vowed to return to Portland, saying they would keep coming back to the liberal West Coast city so long as the left-wing antifascists, known as antifa, groups remained active.

President Donald Trump weighed in early Saturday, writing on Twitter that "Portland is being watched very closely... Hopefully the Mayor will be able to properly do his job."

He also wrote that "major consideration is being given to naming ANTIFA an 'ORGANIZATION of TERROR.'" It wasn't immediately clear what he meant by that because there's no mechanism for the United States government to declare a domestic organization a terror group.

Joe Biggs, the organiser of the right-wing gathering, said it was a success. "Go look at President Trump's Twitter," he told The Oregonian/OregonLive.