Dubai, the golden city or the city that glitters, is a global hub of the middle east. The culture of this grand destination revolves around traditional Arab culture.
01:02 PM May 25, 2019 | Chef Manish Khanna 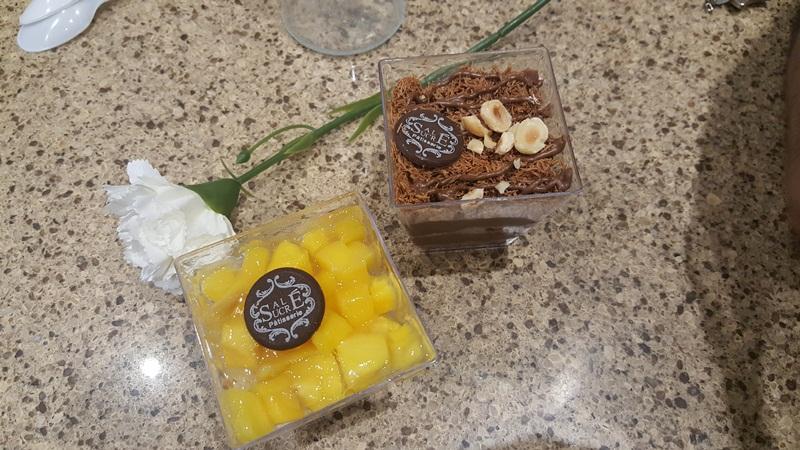 Dubai, the golden city or the city that glitters, is a global hub of the middle east. The culture of this grand destination revolves around traditional Arab culture, hence the influence of Arab and Islamic culture on its architecture, music, attire and lifestyle is very prominent. The culture there has gradually evolved towards that of luxury, opulence and lavishness with high regard for leisure related extravagance. The city’s cultural imprint as a small, ethnically homogeneous pearling community was changed with the arrival of other ethnic groups and nationals, first by the Iranians, followed by Indians, Pakistanis and other regional countrymen. 84 percent of the population of metropolitan Dubai is foreign born and this today plays a big part in influencing the foods and food habits of the country. With the coming of different nationalities, the top brands of those nations followed suit and set up stores in Dubai, so one sees the best brands from other gulf countries, India, Europe and America in the city.

My love with Dubai began in the early 2000, when my best friend from Kindergarten shifted base there. During my visit catching up with them, I discovered a city that not only offered the best, but also vast ranges not only in taste and variety as well as budgets. An Indian travelling there will never be lost for want of familiar Indian foods, which holds true for other nationals too. From small cafeterias to high end uber luxurious restaurants, it has it all.

Gradually as we launched Brownie Point in Dubai, in 2010, I started going there multiple times in a year and with it started the journey of food. Every trip had a food journey waiting to happen as my friends Kamal and Rhea would have a list of places serving fabulous food ready for me, so every meal of the day was a culinary journey. From breakfast at Al Majaaz cafeteria of yummy sandwiches, subways and fresh fruit layered juices and smoothies to lunch at Al a Fadeel for Lucknowi kebabs to evening golgappas and vada pao at Mina Bazaar (a close replica of our Lalbadevi area, with small lanes filled with knick nacks from back home) to dinner at the upmarket restaurants at Jumeira. If I happened to be there during winters, then a picnic at Jumeira beach or kite beach was a must, with a barbeque happening on the specially designed barbeque pits in the beach areas. I have happened to have one of my best barbeque lunches at the meat company in Madinat a Jumeira, an upmarket shopping arcade next to the Burj Al Arab, where while one waits for their order fresh hot breads are sent with French butter, to your table straight from the oven. It’s one food memory I can never get over.

The malls dotted all around the city have an offering of food in their food courts, which ranges from Indian, Asian, Korean, seafood, Arabic grills, Lebanese, American fast food, sushi, ice creams, pizzas, wraps, shwarmas…. like this list the choice there is long. Another favourite meal has always been the Egyptian lunches or dinners we have every time I am there, hosted by dear friends Amar and Maha. My favourite restaurant there for Egyptian food remains till date the Hadoota Masreya at Sheikh Zayed road. Beautiful roasts, salads, grills, dips served with the khabooz breads and even after eating and bursting from the seams, a dessert is a must so either Egyptian mango with ice cream or yummy Kunafe…one remains in food coma after a meal there.

The highlight of my trip always are the desserts in Dubai and it’s so difficult to choose because the range and variety to choose from, be it the local desserts or French pastries or fancy desserts, is so vast that we are spoilt for choice. Personally I love the baklava and Arabian sweets from the local Iranian and Lebanese bakeries, to honey cake from Katrina’s, cheesecake from the Cheesecake Factory and Magnolia Bakery, to milk cake from Home Bakery and pistachio pastry from Brownie Point. The mahalabia from Wow Sweets and the Falafel Express, and the Kunafe from the cart at CityWalk also is to die for.

French pastries either from Paul, Fauchon or Laduree is good. The flavoured kunafa from Sale Sucre and also their profiteroles are lip-smacking. Being in the dessert shops in Dubai, I’m like a child lost in a candy store. Dubai is a place which not only pleases the visual senses but also the culinary one and one should do a trip just to experience and enjoy the gastronomic adventures that it can offer to any foodie. I promise the adrenaline rush will be much better than any adventure sport.