This ‘Game of Thrones’ character was not supposed to die, and it’s not Daenerys Targaryen

The final season of the popular HBO show 'Game of Thrones' was a bloodbath, which saw the largest number of major character fatalities in the drama's 8-year-long journey.
11:23 AM May 24, 2019 | Asia News International 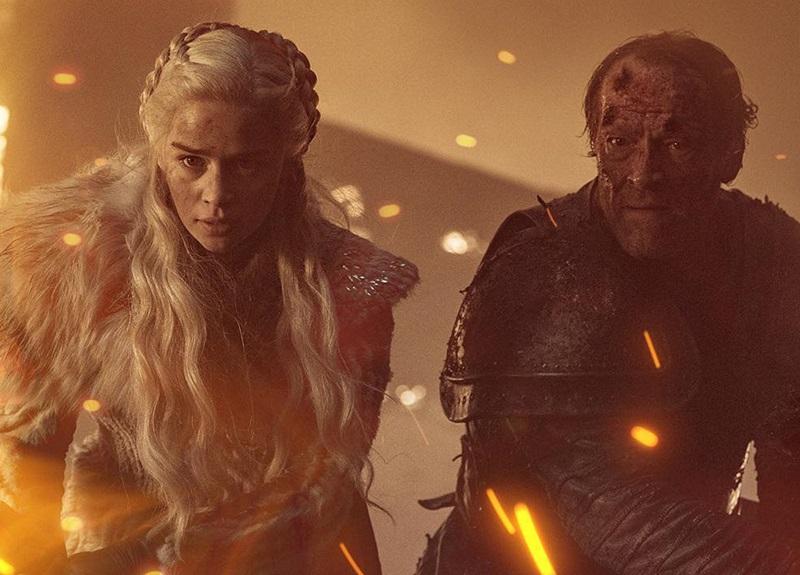 Washington DC: The final season of the popular HBO show ‘Game of Thrones’ was a bloodbath, which saw the largest number of major character fatalities in the drama’s 8-year-long journey.

At least a dozen of the characters met their end over the course of the last season. However, it turns out, one of the most tragic death scenes in the eighth season wasn’t actually supposed to happen. One of the deceased characters was originally supposed to survive through the entire series, reported Entertainment Weekly.

If you are thinking it was Daenerys Targaryen (played by Emilia Clarke), hold your horses, it wasn’t. It was rather her protector and friend Ser Jorah Mormont (portrayed by Iain Glen).

When the writers of the show began working on the plot of season 8 they revealed that Jorah, who died defending Daenerys, was originally going to survive the entire series, and head north of The Wall with Jon Snow (Kit Harington) when all was said and done. However, they later scripted Jorah dying while shielding Daenerys from the Army of the Dead in episode 3.
“For a long time we wanted Ser Jorah to be there at The Wall in the end,” writer Dave Hill said.

“The three coming out of the tunnel would be Jon, Jorah and Tormund. But the amount to logic we’d have to bend to get Jorah up to The Wall and get him to leave Dany’s side right before [the events in the finale] … there’s no way to do that blithely. And Jorah should have the noble death he craves defending the woman he loves,” Hill added. It would have been interesting to see Jorah alive during Daenerys’ Mad Queen turn given his intense loyalty.

According to Glen, who played Jorah on the show, it was probably best for his character that he wasn’t around to see Daenerys become a villain. “There’s a sweetness in that because Jorah will never know what she did,” Glen said. “That’s probably best. It’s a blessing for him that he never found out what happened to her. And from a pragmatic story point of view, his death served a greater purpose. Where could we have taken Jorah from there? F– if I know,” he added.

The show came to an end on Monday. The climax of the show was dramatic enough with Bran Stark (played by Isaac Hempstead Wright) being crowned the king of the six kingdoms (excluding Winterfell).

After a remarkable 8-year-long journey, the makers of ‘GoT’ failed to impress fans with the final season. A couple of days back, disappointed ‘GoT’ fans started a petition on change.org, asking the makers to remake the eighth season of the series “with competent writers”. The petition has already hit 1.2 million signatures. Sophie Turner, who played Sansa Stark in the show, slammed it as “disrespectful” to all those who work on the show.