We had already completed the first phase of polling for the just concluded General Elections to constitute 17th Lok Sabha, when I received this book for review. Since India had already begun voting, I decided to hold on to it until the results were out. I must admit that it was worth the wait.
12:44 PM Jun 01, 2019 | Sumeet Naik 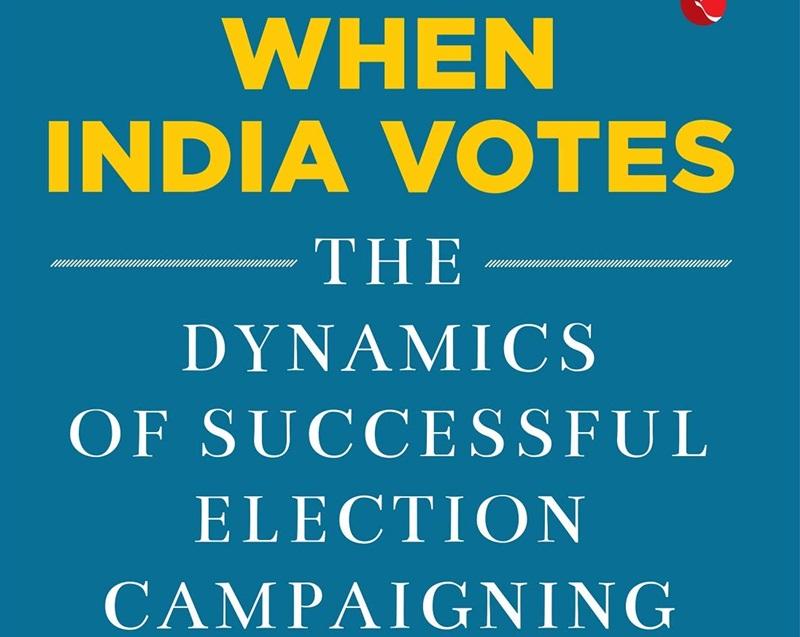 We had already completed the first phase of polling for the just concluded General Elections to constitute 17th Lok Sabha, when I received this book for review. Since India had already begun voting, I decided to hold on to it until the results were out. I must admit that it was worth the wait.

When India Votes is indeed a great research material if one has to understand all that takes place before one goes to cast his or her vote, much beyond the election rallies and stereotype in-studio political debates. It holds a universal appeal among everyone who at some point or the other builds a political opinion or intentionally or unintentionally participates into the process.

Authors Jaishri Jethwaney and Samir Kapur, has made an earnest attempt to be as crisp and to the point as possible throughout the book and at the same time supporting their electoral campaigning observations with apt examples. Every chapter begins with a quote from the renowned personality, which indirectly tells the reader what the chapter is all about or what one can expect.

Even five years down the line when we shall once again go for the polls, the value and importance of this book shall remain. Simply because when it comes to electorate and the process of elections, some things do remain same, election campaigning being at the helm of it.

Despite some political pundits predicting the 2019 debacle for Prime Minister Narendra Modi and BJP, and some media houses jumping on to the bandwagon of scripting a Congress revival story. Indian electorate had different plot to execute and the results are for all to see. One can directly link this to the very first chapter in this book titled ‘Mass Media, Public Opinion and Democracy’. Giving reference to US elections, authors’ mention of something called ‘Minimal Effects Era’, which existed between 1940 to 1960. During this era, the political attitudes and voting patterns were heavily determined by community, family and group affiliations, observed the researchers. The transmitted political beliefs of the groups held the loyalty of their membership and acted as a buffer against the direct impact of the media. Was 2019, a ‘Minimal Effects Era’ with regard to the electoral fortunes of Prime Minister Narendra Modi and BJP?

The book touches upon several campaigning strategies adopted from time to time by prominent political parties during elections as well as clearly dissects media objectivity within the ambit of reality or myth? Some chapters in the book can be of educational importance to the students of Political Science as well as to Mass Media students who are keen in studying political branding as a journalistic objective.

Elections will come and go, new ways of campaigning shall emerge while the existing ones shall strive hard to retain their importance. Moreover, while all this is happening, a book like When India Votes shall always come handy to demarcate where to begin despite being completely oblivious to the end result. Just the way most of us were during recently concluded battle of 2019.