The entire cricketing world, esp. India, is in the throes of cricket mania. This time, England is the host of the World Cup and I'm sure, every player has a cherished dream of playing at least one match at Lord's, known as the Mecca of cricket.
12:33 PM Jun 01, 2019 | Sumit Paul 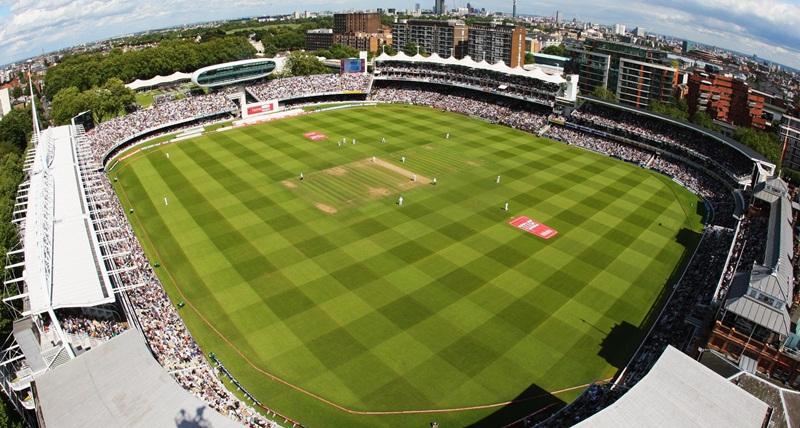 The entire cricketing world, esp. India, is in the throes of cricket mania. This time, England is the host of the World Cup and I’m sure, every player has a cherished dream of playing at least one match at Lord’s, known as the Mecca of cricket. It sure is the epitome of all cricket stadiums across the world. In fact, right from the beginning of cricket when only two countries, England and Australia, would play, the magic of Lord’s is still intact. Today, it’s the centre of pilgrimage for players and all cricket aficionados. Watching a match at Lord’s gives you a high that cannot be described in words. It’s akin to describing a rainbow to a blind man. Lord’s is the headquarters and main ground of Middlesex county that produced and hired a chain of remarkable cricketers over the years.

Just like all shrines have certain rules of decorum and dignity, Lord’s also has because it’s no less than a shrine to the cricketing world. I remember, when I first visited Lord’s with my dad, I was an 8-year-old. But the memories of that day are still verdant in my consciousness and I often feel as if it was just a couple of days ago that I went to Lord’s. Years ago, Indian commentator Dicky Ratnagar opined that  Lord’s was for the connoisseurs and other grounds were for the casual spectators. There was no condescension in his observation because the very ambience of  Lord’s is differently electrifying. It evokes awe and a feeling of ‘majestic nostalgia’, to quote the legendary West Indian cricket commentator and scribe Sir Tony Cozier.

There’s a famous English saying that if you want to see the English elitism, aristocracy and classicism, first visit Lord’s and then go to Oxford University and the famous Eton College. Spectators at Lord’s are extremely refined and just by looking at them, one gets invaluable lessons in social grace and cultured behaviour. Here it’s worthwhile to mention that there’s a dichotomy in demeanour in English soccer fans and the English cricket spectators. Readers may be aware that the national game of England is not cricket. It’s soccer. You get to see the rowdiest English soccer fans at all venues of soccer like Chelsea, Manchester United, Arsenal, Liverpool etc. But when it comes to cricket, England has the most sophisticated crowd and the creme de la creme would come to watch a cricket match at Lord’s.

One has to follow the dress code to sit at the VIP enclosure of Lord’s. Without blazers and ties, entry is politely declined by the sentry. You can be a legendary cricketer but if you’re in a casual T-shirt and jeans, exit is shown to you. In fact, till 1985, there was a written rule even for the general spectators that they were supposed to wear proper dress and no jeans and T-shirts were allowed. But now that rule has been relaxed a bit and you can see a few ‘common’ spectators in T-shirts, but jeans are still looked down upon.

Getting a standing ovation from such toffee-nosed spectators is no less than receiving the Nobel and mind you, there’s no servility to it. It’s the ultimate dream of every cricketer to score a hundred at Lord’s or scalp a fiver. India’s great opening batsman Sunil Gavaskar scored hundreds on almost all the grounds of the world but could never score a Test hundred at Lord’s. He finally got an opportunity to play in the MCC’s Bicentenary ‘Test’ Match at this hallowed ground in 1987. He availed himself of the ‘last’ ever opportunity offered to him and scored a memorable 188 (caught and bowled by India’s Ravi Shastri!). And the standing ovation that he got for his swan song is embossed on the minds of all those who witnessed that sublime knock on September 21, 1987.

One gets goosebumps watching a cricket match at the stadium. And it’s an icing on the cake if it happens to be a Test match. Game’s finest all-rounder Sir Garfield Sobers rightly said that Lord’s lords over all. No doubt about that. Are you planning to watch a match at Lord’s? I’m off to England…See you there.

More in Sports :
From Rooney to Messi: Five footballers with the most gorgeous beards
Still got it! Wayne Rooney scores Panenka on 500th appearance
Deontay Wilder vs Tyson Fury 2: Live streaming, how to watch on TV in India and all other deets for the highly-anticipated boxing event
David Warner switches stance for golf, seeks improvement tips from fans
Ravindra Jadeja a rockstar, want to play cricket like him: Ashton Agar
'Bumrah exposed': Fans worry after pacer goes wicket-less

From Rooney to Messi: Five footballers with the most gorgeous beards

Still got it! Wayne Rooney scores Panenka on 500th appearance

Deontay Wilder vs Tyson Fury 2: Live streaming, how to watch on TV in India and all other deets for the highly-anticipated boxing event

Ravindra Jadeja a rockstar, want to play cricket like him: Ashton Agar